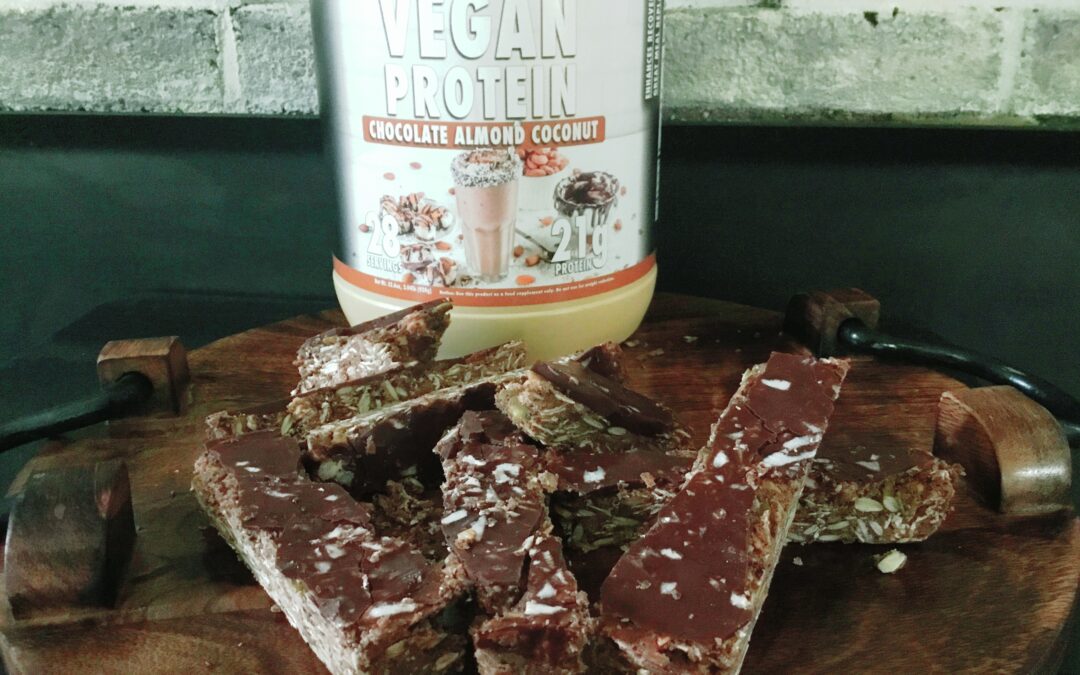 In a large bowl combine oats, chia seeds, pepitas, protein powder, coconut flakes, salt and cinnamon. Add in tahini, vanilla, honey and maple syrup until the mixture will stick to itself.

Take wax paper and line a rectangular bread loaf pan. Make the wax paper 3x the length of the bread pan. Press the mixture down into the pan and then fold the wax paper from both sides on top. Use a household square object (I used a small square pyrex) to press the mixture tightly and compact. Freeze while moving onto the next step.

Mix coconut oil and chocolate chips into a bow and put in the microwave for 30 second intervals until the two have combined using a spoon.

Take the bars out of the freezer, spread the coconut oil and chocolate on top. Sprinkle the top with coconut shavings if desired. Put the bars in the refrigerator for at least two hours. Remove the bar from the pan by lifting the wax paper up. Using a sharp knife, cut the bar into 16 bars.

From the kitchen of: Kalli Assaid